Sunday we rode the Harley over to Donna, TX about 40 miles West and attended a small Flea Market. Then we proceeded back East to Alamo, where the Bibleville RV Church is that we had heard about. We were just going to check it out, but happened to be there at the exact time the services were starting. We decided at the last minute to walk in....in our leathers, T-shirts and all.  We weren't sure how we would be received but what the heck, we were looking for a place to worship. God had invited us and we didn't figure they would throw us out.  It was a large Service, well over 100 people, all older folks just like us. The sermon was great and we were welcomed with open arms. Glad we stopped. 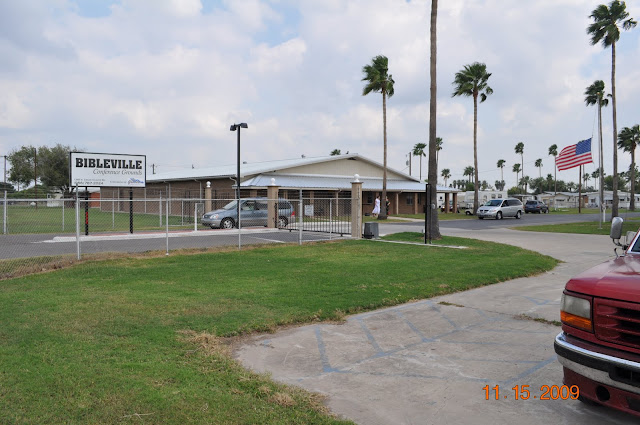 From Bibleville we headed North for a few miles on rural roads....as rural as they get around here. It seems you're right at the edge of town because it is so heavily populated around here. Then we turned West and circled around and came south into McAllen. Just happened to be going by the Harley Dealership,,,what a coincidence. I wanted to look at some parts, so we stopped. 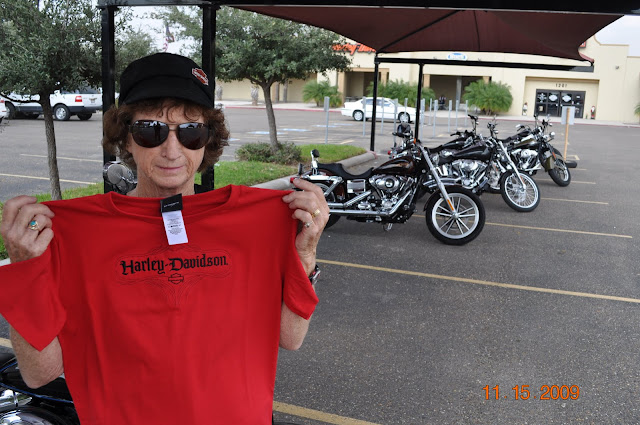 Pat found a neat shirt she liked, it was even "on sale". She is wearing her little girls "Harley Hat" that she found last week at the San Benito Harley shop. Plus, I found the parts I was looking for. Then we headed on home. Another great day for Bike riding and we lucked out and got to attend Church....traveled about 88 miles. 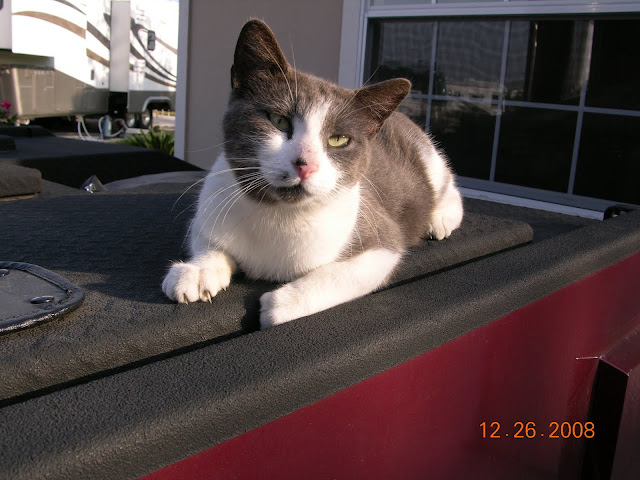 This is Ms Megabyte2 just about a year ago shortly after I met her. She loved to lie on the back of my truck. Here she is looking into my eyes saying "I want to be your kitty and live with you".  Can't you see why I fell in love with her? She has such a sweet, convincing, innocent look.  I couldn't resist but I still had to convince Ms Pat. That was not going to be an easy task but we shall give it a try.  It wasn't long until Ms Pat couldn't resist either.  Come on Mega2...you're in!!!

Pat accidently dropped the sack her Harley T-Shirt came in on the floor. Mega2 immediately became fascinated with the sack. It was a stronger, clearer, crisper sack than most of the Walmart sacks we usually have. She enjoyed playing with it.  After a while she became quiet and I looked around and found her completely inside the sack...resting!!! She even let me grab my camera and get a picture.  She liked that sack!!! We had a good laugh. 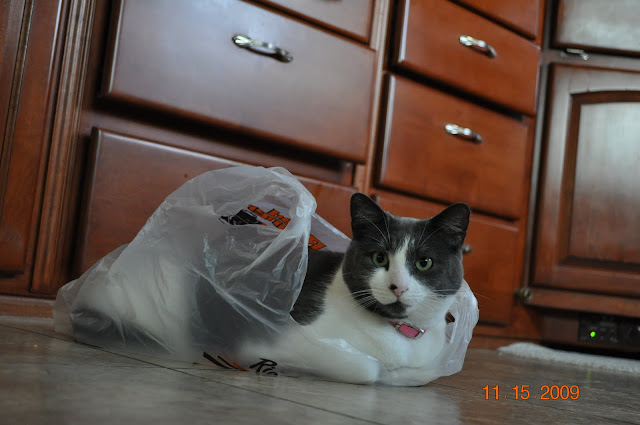 This little Kitty brings us more enjoyment than anything in this world... 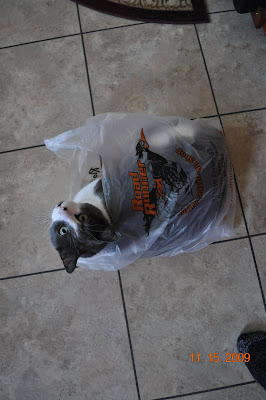 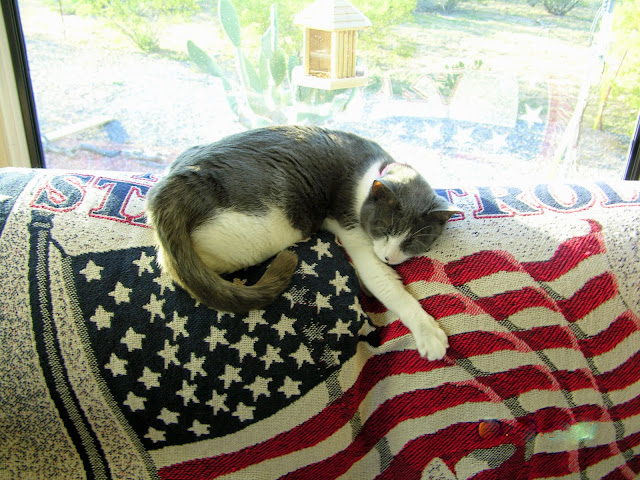 Thank you so much Scooter for sending us this little "Angel Kitty".

It is a GREAT WEEK!!

Thanks for stopping by.....

This Blog is Published every Wednesday and Sunday..
Posted by Mike McFall at 4:23 AM

Our furballs also love 'sacks'. They learned a long time ago that is where "treats" and "toys" come from....and the sack itself ain't bad either...LOL! What a cute photo and yes, what a sweet and innocent face she has.....

Watch out for those sweet and innocent faces. I found one in a coffee shop while in college, and we've been together for over 49 years. Sweet innocent faces are pretty good!

Ms Mega2 is pretty good too, and we're looking forward to meeting her next year.

I've been wondering how the comb/brush ? you found is really working after you've had it awhile. I've been in your rig and I know Miss Pat is a great housekeeper and I have had cats so know about cat hair! Is the grooming really helping?
MsMega2 is so beautiful ... I just love the black and whites!

Like I've always said, "I much prefer the animal world to the people world!!"

I would have loved to have seen a picture of some of the faces of the congregation in the church when you walked in dressed in your leathers! Ms. Mega2 is one lucky kitty - and so are you to have her!