Well, there isn't much interesting going on around here to Blog about, so we had to do another "Project". Thanks to all of those that tried to guess what it was. I received dozens of emails and some of you were extremely close.

We needed a place to conceal our trash can. Good friends David and Sue McCarron set the presidence and requested permission to put a concealment fence behind their Coach House to hide their garbage can, etc. They waited and waited.  No response.  So they built it anyhow! Good for you David and Sue.  Now finally after the fact, it has been approved. The idea has grown like "Wild Fire".  Now everyone is building one....including us. 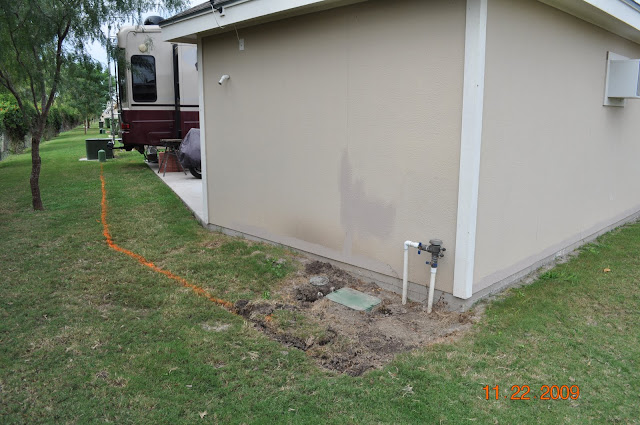 This is the back of our Coach House and where we will put the concealment fence. Since we were going to extend the patio by 4 ft, we decided to go all the way! Most everyone so far has only gone to the end of the Coach House but we decided while we are at it, we might as well go the entire 50 ft on ours. The above mark is where the bricks will entend to. The fence will only go to the end of the Coach House, where we will put a gate. 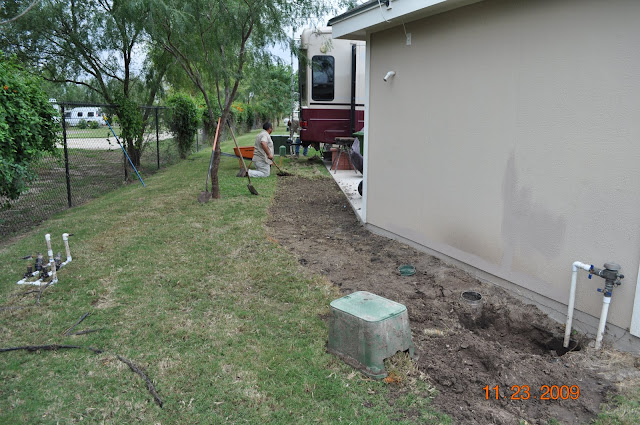 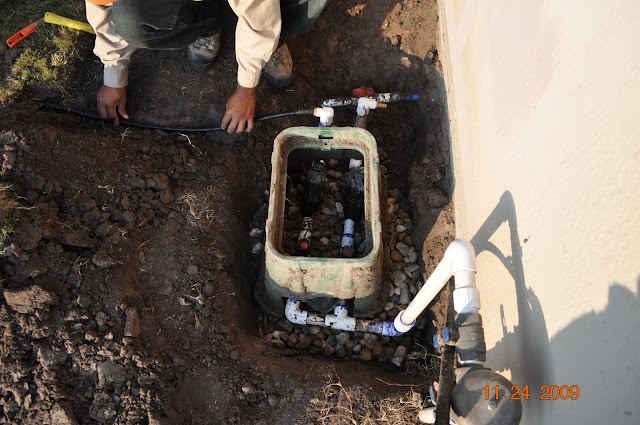 Rocks were placed under the inspection box so it would drain better and it was raised to the proper level. 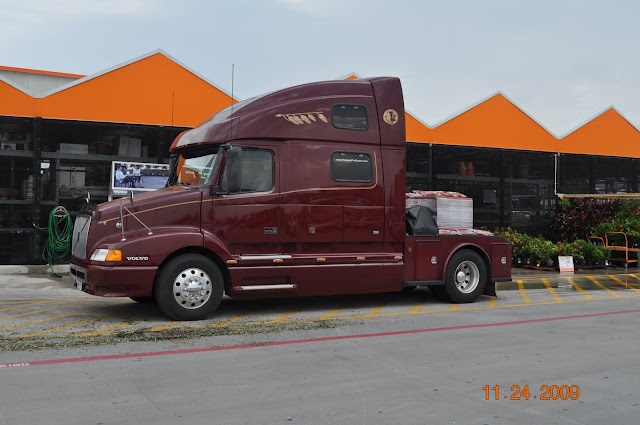 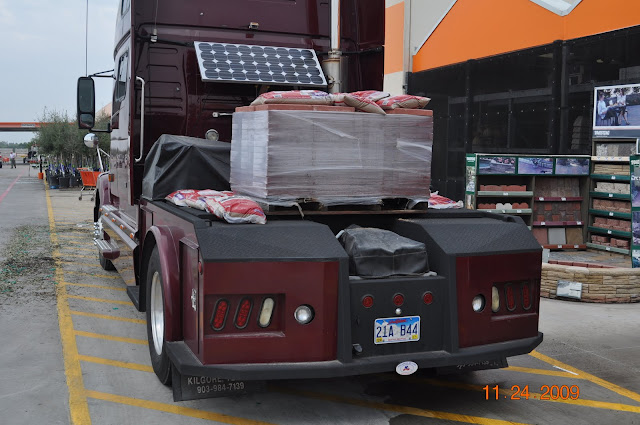 We got them to load the paver blocks and sand on the truck with a fork lift.  That was easy, but "WE" had to unload them ourselves.  UGH!  It took 200 of the 12X12 concrete pavers. The pallet with the paver blocks and the leveling sand weighed over 4000 lbs.  It was HEAVY!  Good thing I had a BIG truck... it didn't even flinch. 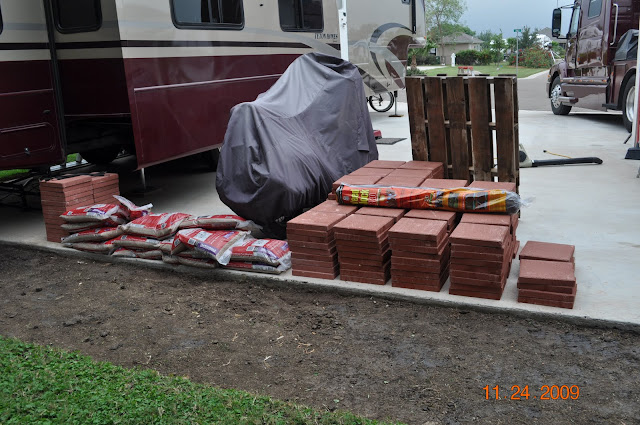 Shortly after we got them home, they were unloaded.  Whew!!!  That's a lot of pavers....at 23 lbs each.. Suddenly it started to rain.  Then it POURED!!!!  Wow, we got that done just in time!! Soon the above area was FULL of water!  Hopefully, by the end of the week the job will be completed and the pavers will all be down.  But don't be surprised if they aren't, with Thanksgiving, the rain and all.  Anyhow, that kept us pretty busy for the last few days.

Thanks for stopping by,,,,,,,Happy Thanksgiving to you all from Ms Pat and I.    God Bless.

This Blog is Published every Wednesday and Sunday..
Posted by Mike McFall at 4:28 AM

Happy Thanksgiving guys and good luck with the project!! It will look great when you finish!

Better sell a few more PressurePro systems to pay for that, Mikey! What a loverly extension that will be. I'm sure you'll keep us posted on the progress.

Might have a little trouble bending over to put those pavers in place for a few days after Thanksgiving:))

My arms and back are aching just looking at all those pavers! What a big job, but I'm sure it will look terrific when its all finished. Happy Thanksgiving and take the day off for some Turkey!!

Happy Thanksgiving! Looks like you got a great start on your project.