We were so happy to have my Son Patrick visit us this weekend.  He lives in Lake Havasu, AZ. He came to the area to see a man about a Railroad.  Here is a picture I took of him and Terry yesterday just as we finished a long day of touring the Nebraska Northwestern Railroad in Chadron, Nebraska. 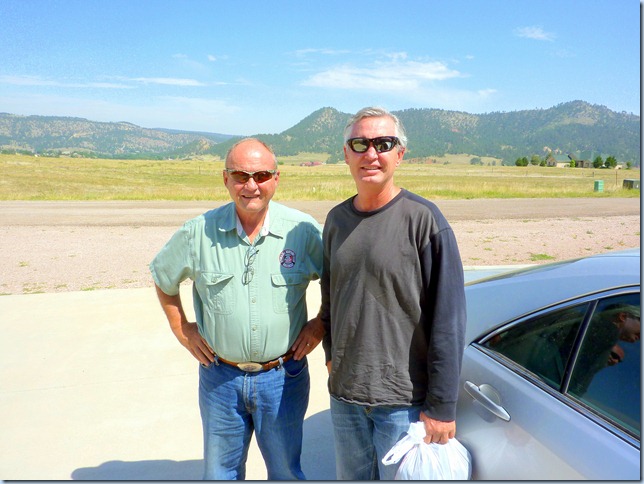 Terry is the owner of this Railroad that headquarters in Chadron, Nebraska.  He was interested in talking with Patrick about some technical operational procedures and attempt to interest him in becoming his General Manager.  My son has over 30 years experience in every aspect of railroading……..just what Terry is looking for. 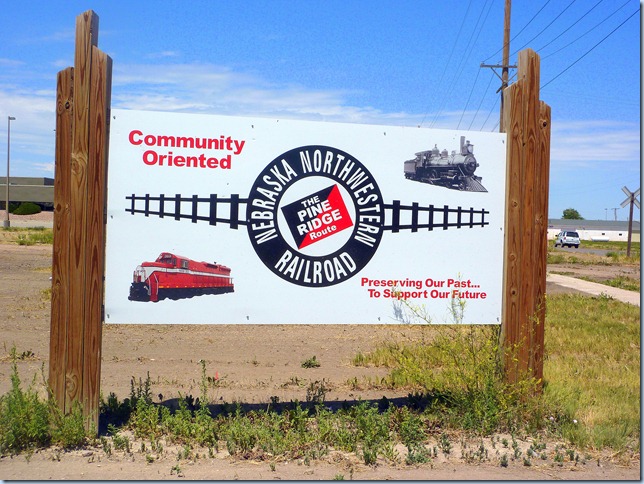 I wish I had taken more pictures of his Railroad and the Roundhouse and yards as we toured it, but I was so engrossed in this outstanding operation and so overwhelmed I didn’t take one picture…..  Shame on me!!! 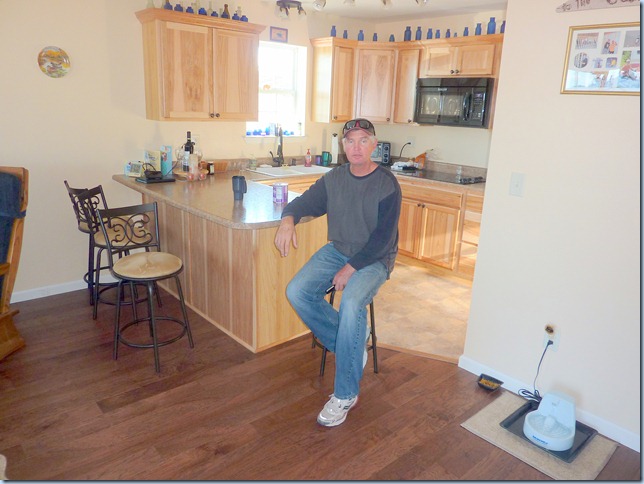 Here is Patrick this morning as he prepared to head back to Colorado Springs and catch his flight back home to Lake Havasu, AZ. He had a long drive ahead of him. I sure didn’t want to see him leave but I knew he had to be back to work Monday.  This is the first time he had seen our place here in the Black Hills and he was very impressed .   He said he would be coming back soon.  He has so much going on that it is hard for him to find a spare minute for himself. 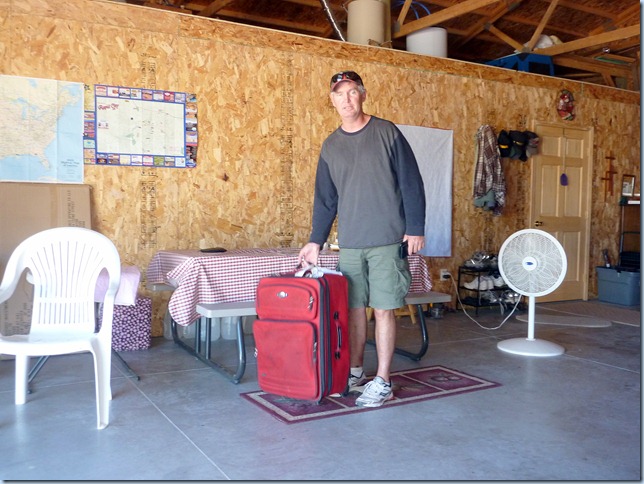 Pat travels an awful lot with his job with the Federal Railroad Agency....as you can see he has a big suitcase!   All that travel scares me a lot and I constantly ask God to protect him. 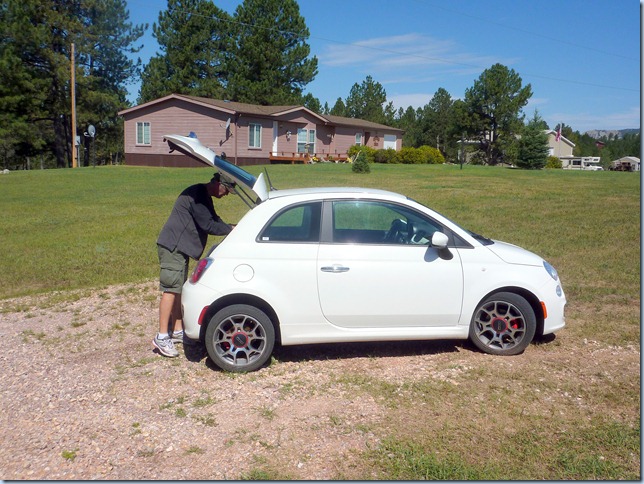 The only car the rental agency had left was this little Fiat.  It was so small he could hardly get his suitcase into it……. but it ran beautifully and was really peppy.. 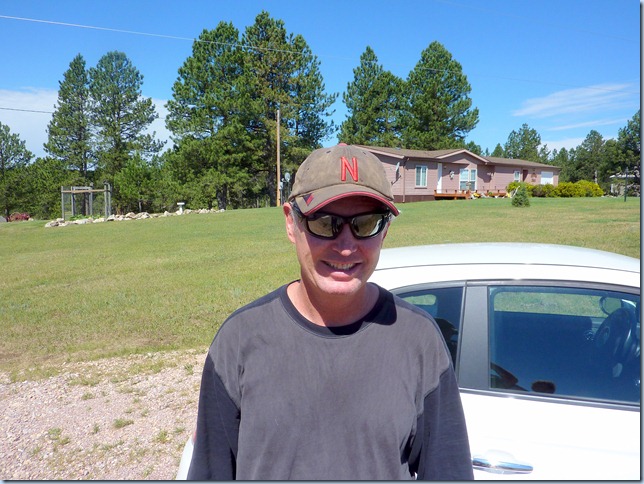 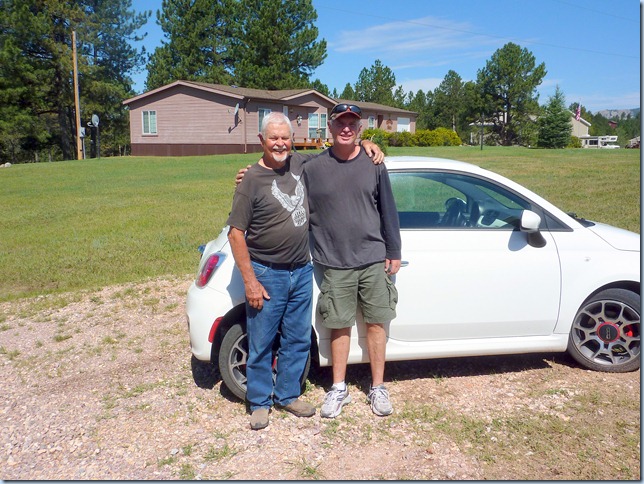 I am sorry my Blog is late today.  I thought I would get up early and get it done before Patrick was out of bed.  Well, like Father like Son.  Pat also loves to get up real early.  I enjoyed visiting with him so much and wanted to spend every minute with him.

However,  all too soon it was time for him to head south.   Gina, this picture is for you, my Dear.   I told him that you always told me to hug him, so he said OK but I know he knows how much I love him.   I am so proud of what a great son he is……… 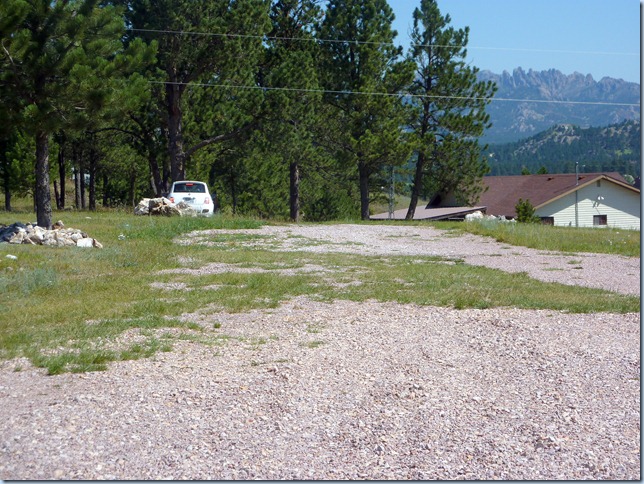 There he goes leaving out the driveway in his little car headed home.  Come back again soon Son!

It was a GREAT WEEK!!!!
Thanks for stopping by………Come on back Wednesday and I’ll let you in on the latest news….you won’t believe it!

God Bless you all, and God Bless our Firefighters!!

This Blog is Published every Sunday and Wednesday..
Posted by Mike McFall at 6:24 PM

So happy that you two had such a wonderful visit with Patrick. His job sounds fascinating. Please let us know if he takes the General Manager position.

Now for your surprise in the next blog. Can't wait to read it!

what a wonderful visit you had with your son....His job certainly does sound fascinating...will be watching for the news on Wednesday...

What a wonderful blog Mike!!! Safe travels for Patrick--we enjoyed meeting him and his wife in the desert that year.

I am sure Glad you got to spend some time with your Son, I am sure he will make a great boss if he decides to take that job. Railroading gets in your blood and your family, Look at me My Grandad was a lifelong railroader and I even worked for the UP railroad police for a couple years after I retired from the PD. Be safe out there and cherish that hug for a long time. Sam & Donna....

Sounds like you had a long but mighty nice day Mike. Patrick almost looked a little too tall to fit in that short little Fiat.

Sounds like a great visit with your son even though it was short. And I know how sad you must have been to see him go!! What a great career, railroading!!

And cannot wait to hear your news on Wednesday!!