A whole lot of you got it right, it was a 1958 Ford Fairlane police Special edition. Thanks to all those that commented. Interesting thing was that it was one of the first Police Cars ever used on the Nebraska State Patrol that had an Automatic transmission. All the others were stick shifts. When I went through the state Patrol  6 week “Boot Camp” there were 30 other candidates applying for 13 Trooper positions available. It was highly competitive and I felt very privileged to have been one of the 13. The remaining trainee's went into a reserve pool and were on call “as needed”.   My first duty station was Grand Island. The first 6 months all new rookies were assigned to ride with an experienced officer for training. What an experience for a young country cowboy! I traded my “Cowboy Hat” for a “Smoker Bear Hat”…
All 13 of us were issued these 1958 Fords. They were Brand New! It has always been the practice before to issue the new patrol cars to officers and give the new Rookie’s their old patrol car. But this year for some unknown reason they decided to give all 13 of us the new cars. they made a big deal of it and called us all into Headquarters in Lincoln for the presentation…. I remember how happy I was to get my own car….I would have been happy with any car, but a brand New one, wow, that was even better. I remember how the older troopers were so shocked the the Fords were Automatic’s. In fact some of them were upset that the y would give them to New Rookies. They couldn’t believe it and moaned and groaned for a while. One older Trooper even told me that he thought they should cut our pay, since we don’t have to do all that shifting!! I laughed,,,well they couldn’t cut it much, top pay for a new Trooper was a whopping $350.00 per month!! Unbelievable isn’t it? Other things that will surprise a lot of you younger folks (everybody is younger than me!) is that none of the Police cars back in those days had Commercial Radio’s… None.,,,,police Radio only! Also no power steering, or brakes, or power windows and listen to this: No Air Conditioning!!  Not even the officers cars had any of these accessories. Yep, things were tough back in the “old Days”.. But you know ,,,I didn’t even miss it…mainly cause I never had it before. 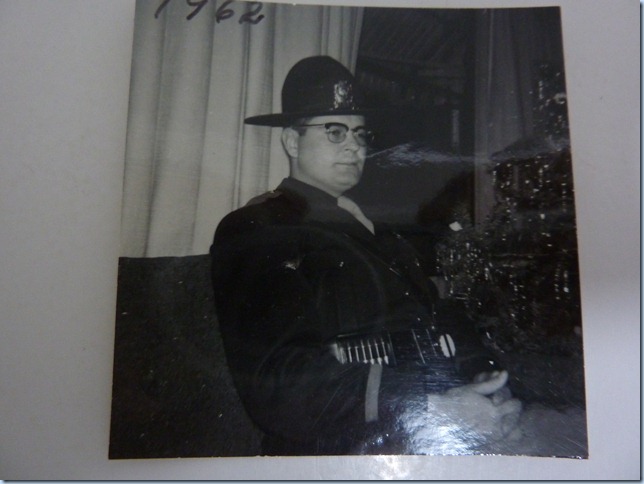 I don’t know what happened to all my old pictures of my times on the Patrol, I have very few. This picture of me was taken on Christmas eve, I was on duty, but I managed to find time to stop by home and spend a little time with my boys. Actually, Christmas Eve is very quiet out on the highways,,,,and the boys were so excited to know Santa was coming…. 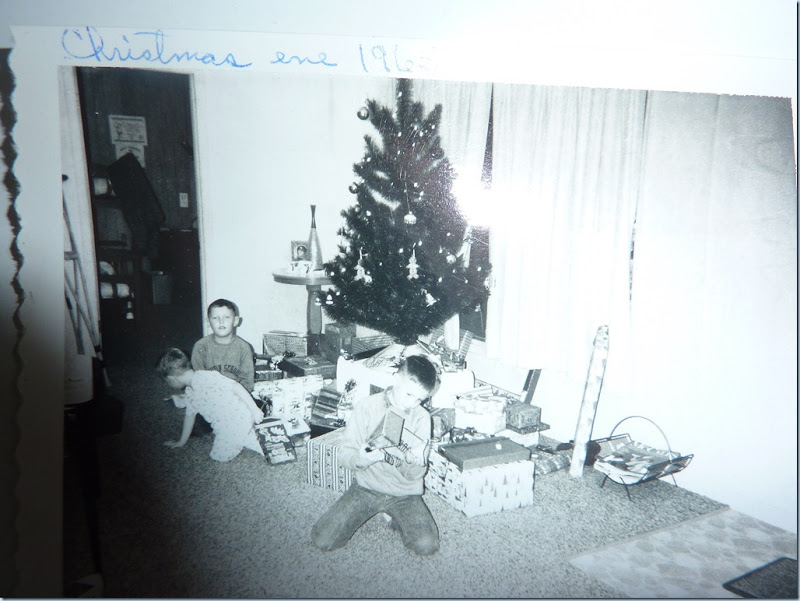 I hated to leave them but I remember the last thing they told me was “Dad don’t stop Santa Claus”!!  I laughed and said OK, I won’t…..     Well it wasn’t but about an hour later I met this pickup truck pulling a trailer and he was Flying!!  It was cold and snow all over along the road and I had a hard time turning around, but I soon had the vehicle stopped. As I walked up to the pickup I noticed that in the trailer were,,,Sure enough…Reindeer!! Holy Cow, what was this? Then suddenly Santa Claus stepped out of the truck and came back to me, saying “I’m Sorry I was driving so fast, but I’m late! He explained that he was doing Santa at a couple of different Orphanage's and was running behind. The kids were waiting for Santa..  I remembered what the Boys had just told me,,,,,,,,so I just smiled and told him to Take Off, but be careful!!    Well, what would you have done,,,,it was Christmas Eve, and he was Santa?  Ya know! 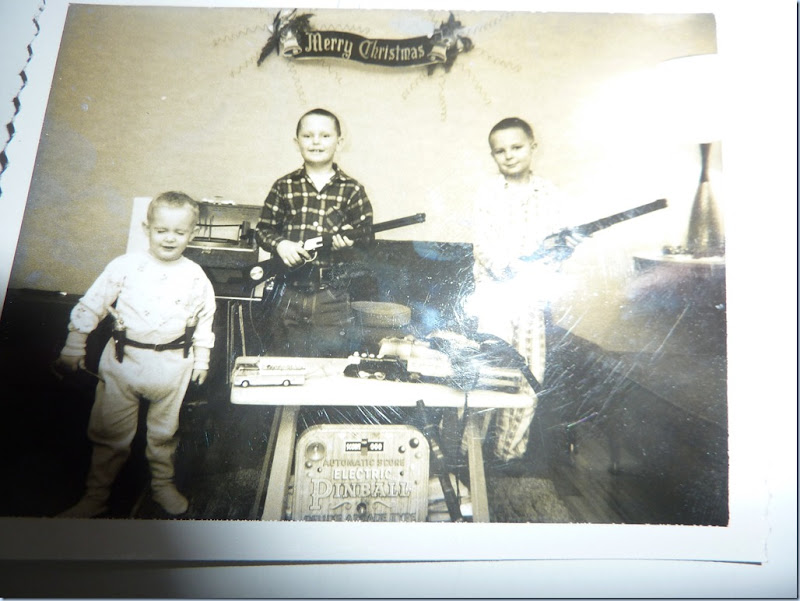 Here it is Christmas morning and the boys are having a ball with all their gifts including the ones Santa brought……I don’t think Scott is even awake yet!LOL Wow, what memories. Like 50 years ago! They bring smiles to my face and tears at the same time…..

We had another great Tuesday at the Shooting Range yesterday……It was a cool 39* when we got up but the sky was clear as a bell. By noon when Ms. Pat’s gun class started it was  up to 65* and very nice……  I took my coat off, then my shirt off and enjoyed the T-shirt weather.  She is shooting up a lot of .40 Cal ammo. I’m about out, so I’m thinking of going into reloading. Presently I am looking for a Dillon reloader and we are going over to Jerry and Caryl’s house for a lesson and watch Jerry do some reloading…..   Dillon Reloading equipment is quite popular around here (and everywhere else) and the Factory is right in North Phoenix,,,,,i.e. Scottsdale.  Anybody have a Dillon that is excess to their needs? I could sure use it……….

Thanks for stopping by and please come on back Sunday.

Meanwhile be safe and God Bless.

This Blog is Published every Wednesday and Sunday..
Posted by Mike McFall at 7:45 AM

Yep, I got it right first! Uh, including it was a Police Special.

great blog and a wonderful trip down memory lane..thanks for sharing..I love the old pictures...

As a retired LEO, I really enjoyed reading your blog post. Thank you for your service to America.

Always great to have those old photos. Memories can fade but old photos can last longer than a life time. I was 14 back in 1958 and those were the days of the classic looking cars for young boys. The years of wild designs and even wilder imaginations.......

Howdy P&M,
The pics of the boys brought tears to my eyes.. I know how much y'all miss them..It just ain't right.. I hope I told y'all about the Zetas 'taggin' shooters vehicles around
ranges and later stealing the guns.
Georgetown,TX PD put out a WARNING about it, so be aware and check for marks of any type, on your vehicle after you've been to the range.. Thatz a neat little gun, but out of my price range..

Enjoyed your post. Glad you both are having a good time at the range.